There’s a person out there who will always have a piece of my heart. We weren’t meant to be together, and the love faded in time, as happens when that’s the case. But he has always been someone that is incredibly special to me.

You see, we grew up together. We did stupid teenager stuff together. We got high together, we explored kink together, we spent hours and hours digging through the woods for rocks together. He lost his virginity to me. And as far as I know, he still has my name tattooed on his arm.

And he’s in bad, bad shape. He had a massive stroke a few days ago, and he seemed like he was doing better. Now he’s doing much worse. The swelling and bleeding in his brain has taken over, and from what I can tell, it looks like he won’t make it. I’m gleaning as much information from Facebook as possible from his wife and sister’s posts, so I only know so much.  I’m going to visit tomorrow.

He’s 40. We were supposed to live SO much longer than this. We were supposed to live forever, in fact.  What the fuck happened?
It’s been a long year of that.  Asking what the fuck happened.  I don’t have any answers.  I won’t get any answers.  It just is what it is.  The wheel turns, and our time has a limit.  It makes it tough to keep any faith that there is something better out there.  It’s nearly impossible to believe that the nearly constant loss will let up.  It’s the dying of the year, and it feels like my spirit is dying a little too.

I hope I don’t have to write another letter to put on the altar.  😦 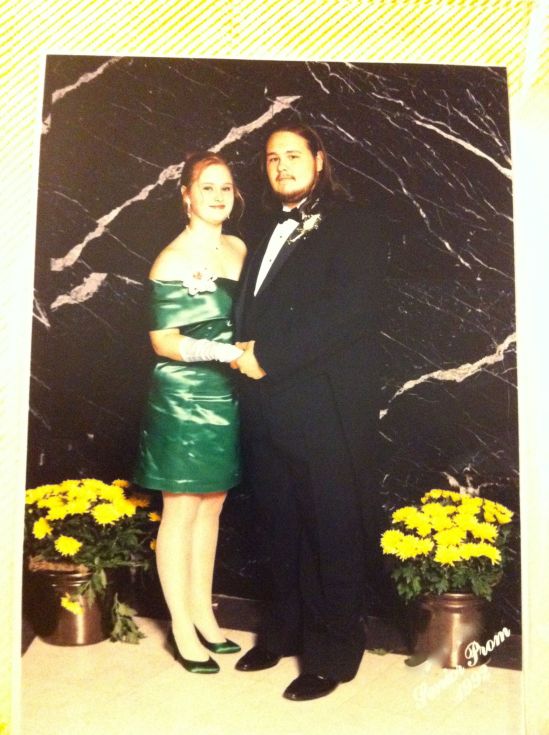 Prom- was I really that young and thin?